When we sold our herd of goats last winter, we knew that we’d eventually try to move our ducks and chickens into the goat run. For one, we hated the thought of two sheds and a large, lovely pen sitting empty. For another, our flock was getting picked off, one by one, by predators; the whole free-ranging thing was backfiring big time.

The sheds were pretty clean when we moved the birds in. They probably could’ve used a clean-out, but moving all the birds in was a big enough project, so we skipped it.

That was last summer.

Since last summer, we have taken in 15 ducks and a handful of chickens from a friend who couldn’t keep her flock.  Adding those to the survivors of last summer’s massacre, we’ve currently got about 30 birds. 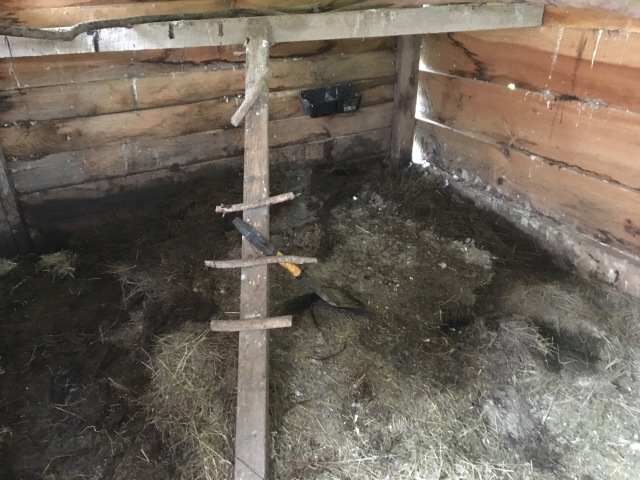 Today, I started mucking out the coop.

I think it is safe to say there are few jobs as stinky, filthy, exhausting, and totally gross as an overdue coop muck-out. I would venture a guess that a septic-tank-clean-out-gone-awry would be right up there, but even that probably wouldn’t be quite as horrifying.

After about an hour of pitchforking pee- and poop-soaked hay into an ENORMOUS PILE outside the coop, I had only managed to dislodge roughly one-third of the putrefaction. At this point, however, I realized that I only had enough pine shavings to cover the area I’d completed and, were I to keep going, the floor of the coop would be bare until I could get more.

This was a weak and lame excuse to stop working and I saw right through it. Regardless, I took myself up on the opportunity to quit, covered the freshly-cleaned out section with lovely pine shavings, and stood back to admire my half-assed workmanship. 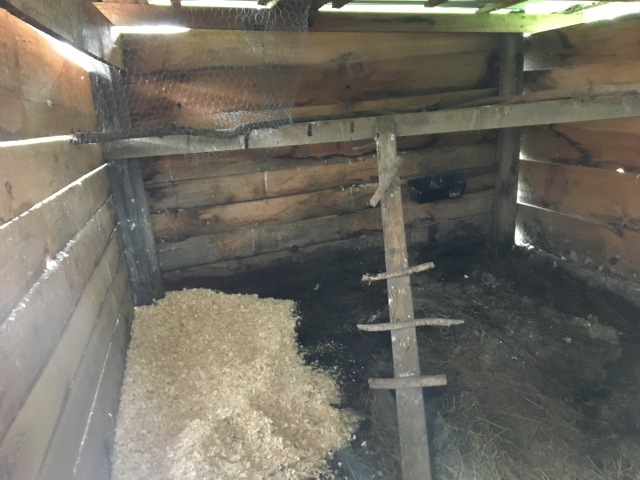 I quickly realized that after one night of roosting above the clean and lovely bit that was mucked, the chickens would immediately undo much of my work. Since this particular corner of the coop is a favorite egg laying spot, I put up a chicken wire fence across the roosting bars on that side to prevent any nocturnal fecal vandalism.

Of course, I’ll have to finish the job sooner rather than later. While it is hard to work up much enthusiasm for such a task, there is a great sense of accomplishment when it’s finally done.

And, for some reason, the EXACT SAME muck, when moved to a new location, holds untold wonders for the stupid, stupid birds. 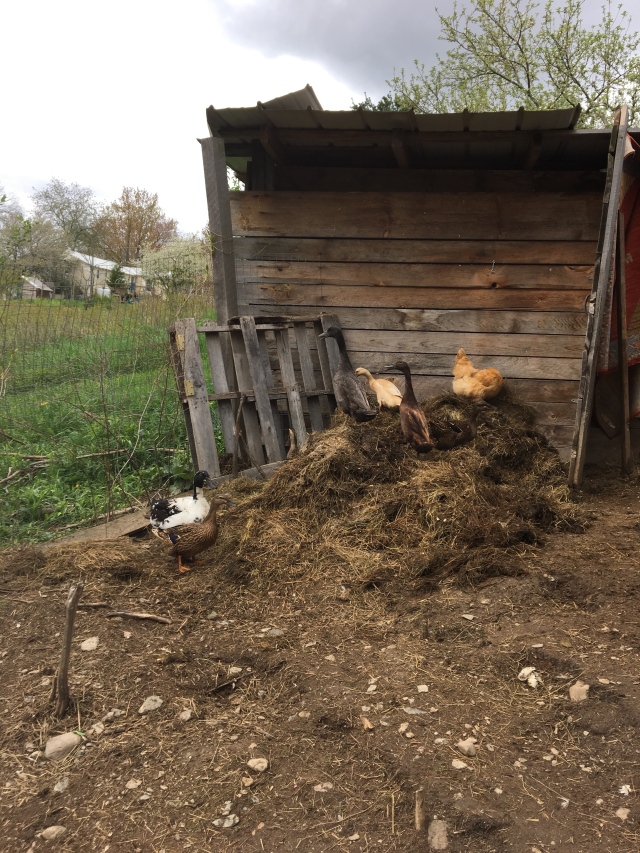 4 Responses to What the Muck?!